How does an author follow their debut hit? It’s a question Paula Hawkins, author of bestselling novel The Girl On The Train, prefers not to ask herself.

That debut has proved a tough act to follow. It shot to the top of the charts within two weeks of being published in 2015. It’s now published in more than 40 languages and almost 20 million copies have been sold worldwide.

Her second thriller, Into The Water, received mixed reviews – and she admits she’s nervous about the reaction to her third and latest book, A Slow Fire Burning.

“The last book was pretty badly reviewed so I’m hoping this time will be an easier ride,” says Hawkins. “Being reviewed is always an uncomfortable experience, even if you have good reviews. You often see a good review and wonder at it and don’t quite see the book you wrote. It’s rare when you think, ‘Yes! They’ve got it!’

“It’s very painful to read bad reviews. You just have to get on with things. Not everyone is going to love what you do.”

A Slow Fire Burning is set on the Regent’s Canal in north London and begins when a man is found stabbed to death on his houseboat. The suspects are a local community of misfits, including a busybody neighbour, a troubled one-night-stand, and exes with a backdrop of tragedy and a reason to kill.

Hawkins cleverly racks up the tension as the connections between the characters are revealed, along with their tangled web of secrets, while the slow fire of jealousy, hatred and lust for revenge smoulders.

Paying huge attention to detail in the light and shadows of the canal and its surroundings, the rich living cheek by jowl with the poor, you can tell Hawkins is familiar with the setting. Indeed, her flat is close to the canal and it was where she would wander when she started writing it.

“Most of the boats are beautiful and nicely kept but every now and again, you’ll see one which is slightly rotting and sinking into the water and it did strike me that you could put a body in there and no-one would know about it for ages.”

She admits that certain aspects of her own personality seep into her characters. Laura, one of her female protagonists, has a temper – so does Hawkins.

“I have to stay away from social media because I sit here seething in a rage about what people say about other people. That’s why I’m no longer really on it. And the news makes me angry every day. I quit Twitter some time ago because it made me anxious and angry and wasn’t good for my rage and my mental health,” she says.

She also features a character who is childless but has had a good life without children, as she has done.

“I’m a childless woman, I chose not to have children. I’m unmarried. We do largely accept that a woman can have a happy life without marriage and kids now, but I think there is still a level of surprise that women choose that.

“There’s an idea that it’s quite a sad life for a woman to not have family, but I read a survey somewhere where it was claimed that actually the people who report the greater satisfaction with their lives are childless, unmarried women.

“I think it very much comes down to a choice that you make for yourself, or whether it was something that happened to you. Obviously there are some people who can’t have children and it’s a great source of sadness for them. I wrote about that in The Girl On The Train.

“But here I’m writing about the fullness of life that you can have without those things.”

“I always knew that I didn’t want kids,” she continues. “I think women who choose not to have children often feel this way. They just know early on it’s not for them.

“And I’ve never seen a great point in being married. I’m not religious, and if you don’t intend to have children, then I don’t think marriage is quite as important. You can have great relationships and partnerships with people without the marriage aspect.” 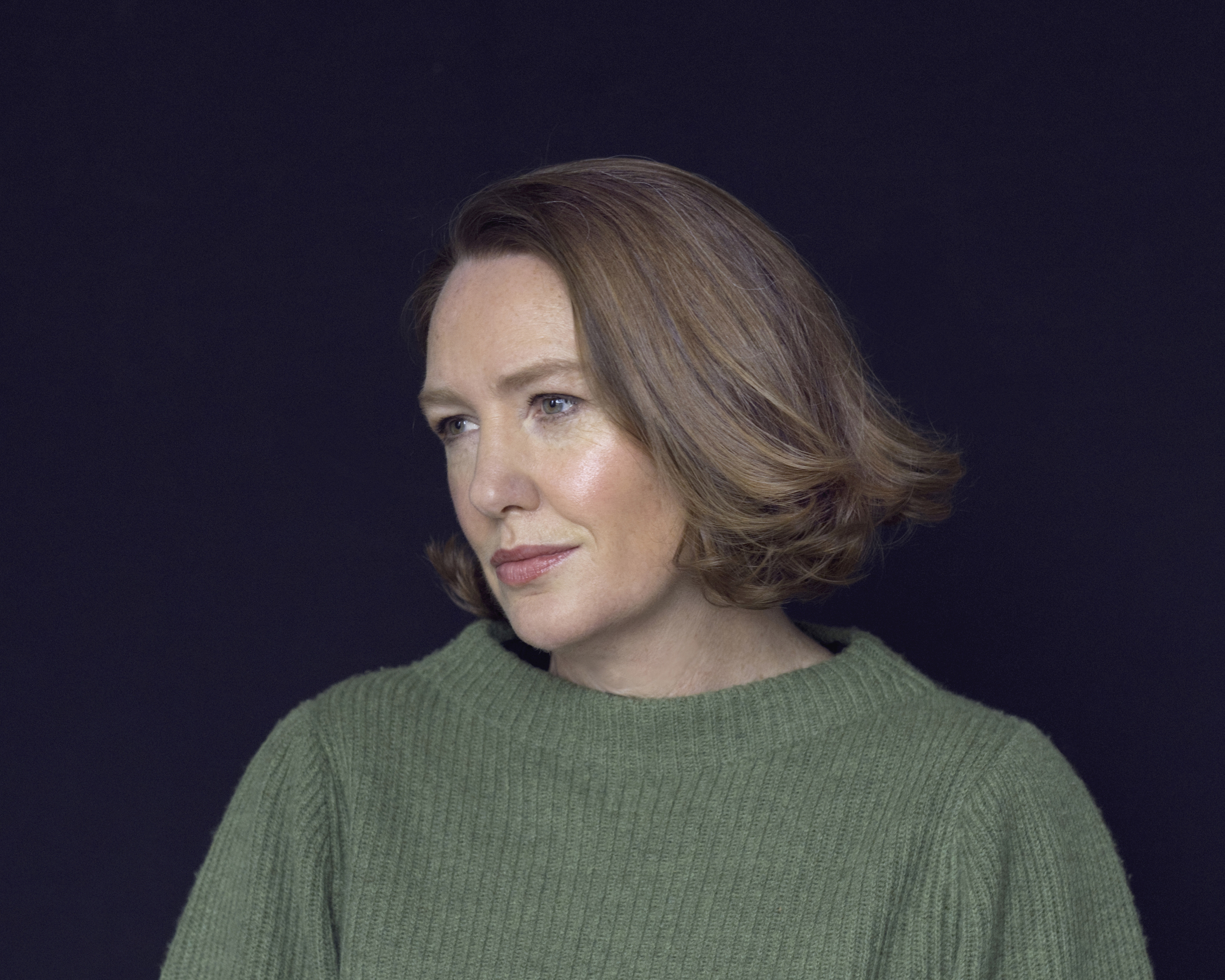 She has a long-term partner though, who is a lawyer, and spent most of lockdown at their bolthole in Edinburgh, although she’s reluctant to elaborate on her private life. She has also kept her place in London.

The Oxford-educated author and former financial journalist – she was born and raised in Rhodesia (now Zimbabwe) but moved to England at 17 – started her literary career as a romantic fiction writer under the pen name of Amy Silver, but when the fourth book bombed she had to think again.

She borrowed money from her father to make ends meet while working on The Girl On The Train.

“I always gravitated towards the psychological thriller part of the market and the moment I started writing The Girl On The Train, it was evident to me that this was much more my thing. It felt like the last roll of the dice at the time. I needed to make something work.”

She was able to pay him back sooner than expected but took her a while to take in that she had become hugely wealthy.

“To suddenly not have to worry about money anymore is an extraordinary release. I did have a safety net – I had middle-class parents who could bail me out – but it’s horrible to feel you’ve got yourself into trouble the way I did and to worry about bills coming in. To suddenly have all of that gone, almost overnight, was an extraordinary release.”

She moved from a little house to a much larger flat and then joined the book touring circuit, constantly travelling.

“There were parts of it I absolutely loved. Even though I am naturally shy, doing book events is not terribly painful because book audiences are so nice. The travelling becomes tiring. In the US, I was usually getting a flight every day to a new city so didn’t have time to see the sights, but it’s an incredible privilege to be given a (book) tour.”

When the film adaptation, starring Emily Blunt, was released, Hawkins admits she enjoyed the red carpet events less. “Being in that sort of public eye isn’t comfortable for me, so I shied away from most of it. I didn’t walk the red carpet at the premiere.” 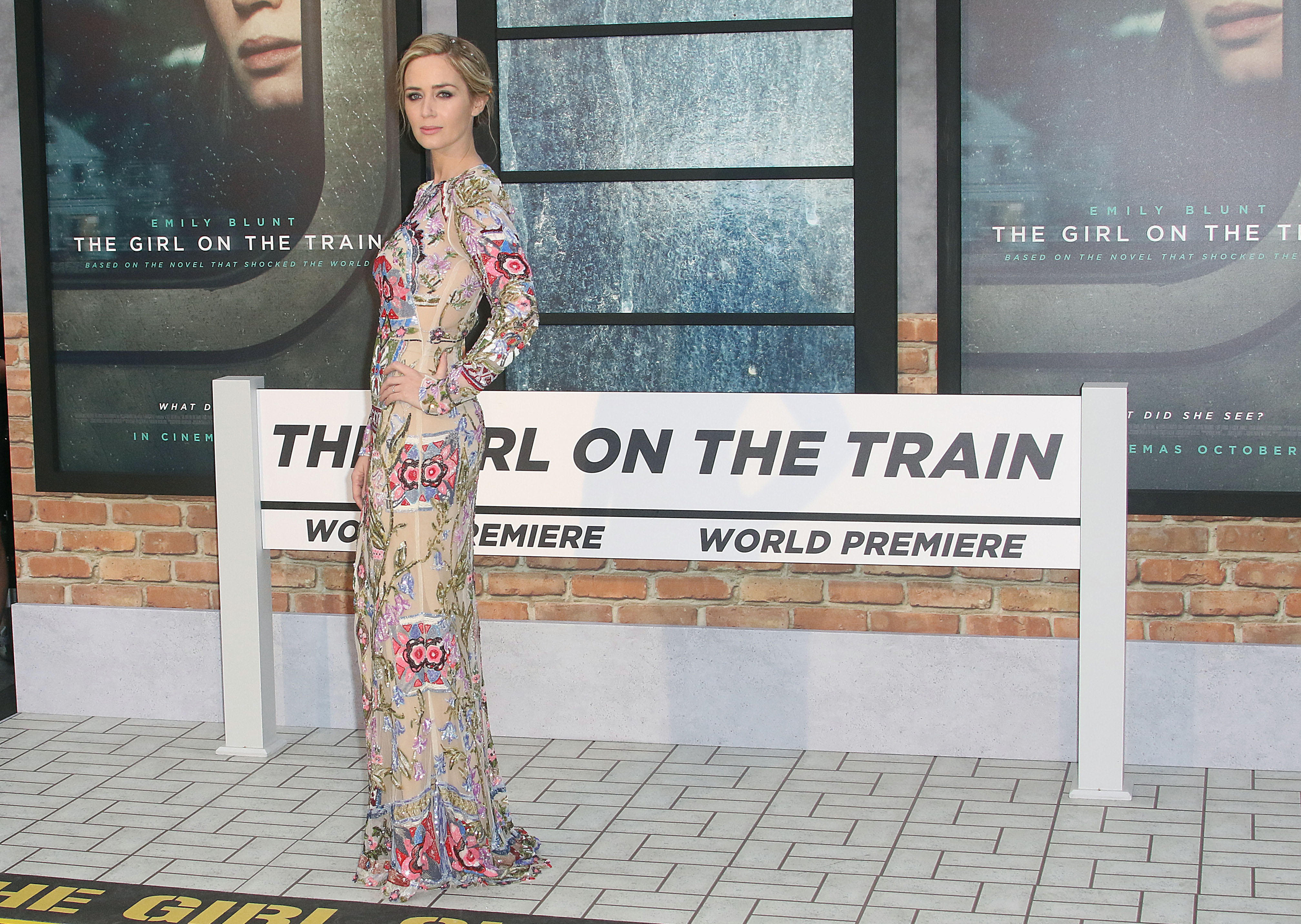 The last few years have been much quieter, without the madness which ensued with The Girl On The Train. She hopes that not all the book festivals she’s doing will be virtual and that ‘in-person’ events will enable her to meet fans in the autumn.

In the meantime, she’s bought herself a wetsuit and been swimming in the sea in Scotland – but says she really ought to be starting her next book.

“They seem to take longer each time,” Hawkins says with a sigh. She wrote The Girl On The Train in a year, Into The Water in two, and her latest took slightly longer. “For some reason it’s getting more difficult, not easier.”