Emun Elliott is making his Broadway debut alongside Oscar winner Marisa Tomei as the effervescent Alvaro Mangiacavallo in The Rose Tattoo on Broadway. He makes Tomei’s character Serafina—and the audience—swoon with his contagious energy and Italian charm. Offstage, the actor is a shy Scotsman who loves to “dress up and become something else as an excuse to come out of [his] shell.” Since graduating from the Royal Conservatoire of Scotland in 2005, Elliott has appeared on stage in Black Watch off-Broadway, A View from the Bridge at the Young Vic in London and more. He has also been featured on screen in Game of Thrones and Star Wars: The Force Awakens. Broadway.com sat down with Elliott to talk about hanging out in a dive bar with Marisa Tomei, getting his tongue chopped off on Game of Thrones and more.

From Caterpillar to Broadway Butterfly

Though Elliott describes himself as a shy child, it did not take long for him to step into the spotlight. He won his first role at age six: “I got cast in Alice in Wonderland as the caterpillar, and I remember that was the part that I wanted. The costume was this sort of fluffy green outfit with tentacles and fake yellow eyes,” he says. “It turned out to be this sort of comforter that they had spray-painted green, and they literally wrapped me up like a burrito and kicked me onto the stage. I got to do a little dance number. It made me feel liberated and excited to have that relationship with this mass audience. I still get that feeling today.”

The Rose Tattoo may mark Elliott’s Great White Way debut, but this isn’t his first time living in the Big Apple. “I was in a play called Black Watch maybe over 10 years ago now. It was off-Broadway. We performed it in a warehouse, and we were here for five months. I had the time of my life. I was with a cast of nine other young guys; we all were about 23 and most of us had never been to America,” he says. “This time, I’m a bit older, so it’s a different experience. Much more work-focused, much more structured. Far less partying, but even more fun because this time, I’m on Broadway.” Having grown up in Scotland, New York City and Broadway always seemed like faraway dreams to Elliott: “The fact that I’m here now is still a surreal and massively exciting. Broadway is the pinnacle of the theatrical world, so it’s just great to be here and to be part of something special. Maybe it’s because I’m an actor, but you feel like you’re in your own movie [in New York].”

Happy Hour with His Leading Lady

Upon receiving the script for The Rose Tattoo from his agent and an audition request from director Trip Cullman, Elliott boarded a plane to New York City for a whirlwind 20 hours. “I thought, ‘If I’m gonna fly to New York, I have to get this,'” he explains. Elliott and Tomei dove straight into the script at their chemistry test and—not unlike their characters—there was an instant connection between them as storytellers: “Marisa is so luminous and welcoming. She’s very much focused on the work. I hope that I can hold my own in front of such a force.” He discovered he had won the role when he got off the plane back in London. It’s clear on stage that Tomei and Elliott have put an incredible amount of work into their performances—but that doesn’t mean there has not been time for fun. “Marisa and I had the chance to go out and grab a drink before we even moved into the theater,” he says. “She took me to this little dive bar in the first week. The paint was peeling off the walls. It was great. We sat there and had a beer and a chin wag.”

Guitarist Got Your Tongue?

In 2011, Elliott marked an acting milestone when he appeared in HBO’s Game of Thrones as Marillion. “I had no idea what this show was going to become. It was a lot of fun,” he says. “We shot in Belfast. I read the book before we shot. I just went and did a little bit, had my tongue chopped out and that was the end of me.” Though his character met his end during season one, Elliott found a silver lining to Marillion’s demise. “My tongue was chopped out by Wilko Johnson, who’s this legendary punk guitarist that invented this new style of playing,” he says. “I’m a massive music fan, so at least it was him who chopped the tongue out of my mouth.”

May the Force Be with You

Elliott has also appeared in another fan-favorite franchise: Star Wars. He played Brance, a member of the resistance, but don’t quiz him on trivia from the film series. “It’s fantastic to be part of the Star Wars universe. I don’t know if I should be honest about this—I’m just gonna say it,” he jokes. “I had never seen any of the movies before I shot The Force Awakens, so the night before shooting, I thought, ‘I’d better watch something.’ I stuck on The Empire Strikes Back and got up about halfway through.” Though Elliott didn’t love watching Star Wars, being part of the making of the blockbuster was an experience to remember. “These projects are so secretive: You’re only allowed to read your script if they drive you to the location with the security guard over your shoulder while you read and try to learn your scenes,” Elliott explains. “When I stepped onto set, I thought I was in a spaceship in outer space. It was very surreal acting with robots and creatures. It was like being part of some wonderful circus. To be on set with people like the late Carrie Fisher, Harrison Ford and Oscar Isaac was just mind-blowing.”

Elliott has a pitch-perfect Italian accent in The Rose Tattoo, so his natural Scottish brogue can take people by surprise: “Being the only Scottish voice in a room full of Americans is kind of cool. A lot of people ask me where in Ireland I’m from. I just say Dublin.” 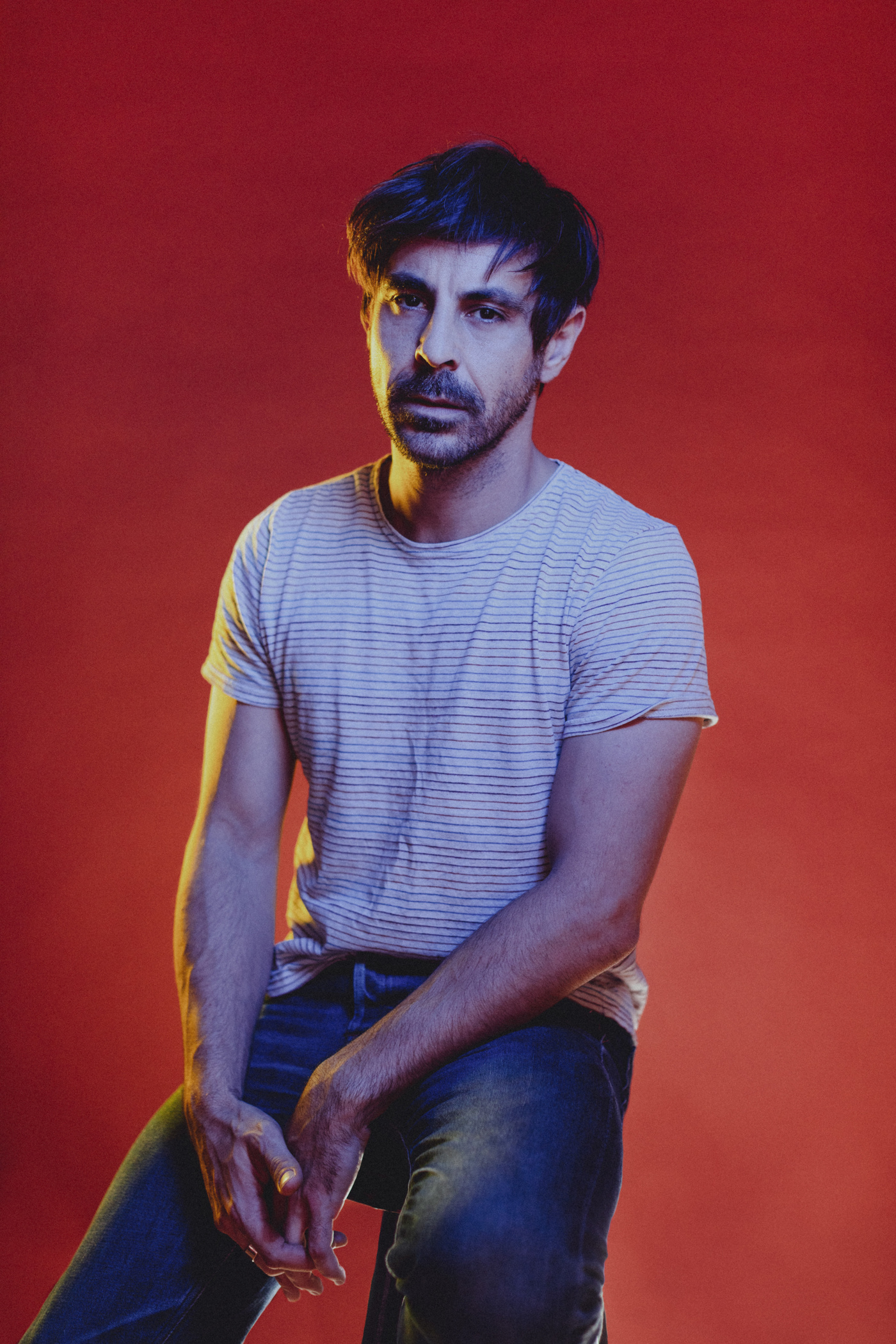 Watch Emun Elliott in action below!