Bild, which Julian Reichelt led since 2017, is the daily newspaper with the highest circulation in Germany and has shaped the country’s media landscape significantly since it was founded in 1952. Known for courting controversy, the media outletregularly causes debates and garners reprimands from the German Press Council.

Behind the newspaper is the billion-euro Axel Springer publishing house, which was founded in Germany in the wake of World War II and initially published daily newspapers and magazines. Today, the company is hardly a traditional publishing house, says media scholar Christopher Buschow. Springer is more likely to be considered a media company or digital group, whose central revenues are no longer generated solely by journalism, but also through other investments like the job portal Stepstone.

Looking towards the US market

The implications of the current scandal at Bild have a wider reach than just Germany, as the media group aims to expand abroad. In recent years, Axel Springer has invested heavily in markets abroad, namely the US and Poland.

“The company’s clear goal is to play on the very big stage. It’s recognized that in a platform-based media world, where the big tech giants make the rules in many ways, the United States is key if you want to have a global impact as a media company,” says Buschow, of the Bauhaus University of Weimar. This expansion, he says “is now being driven forward with a great deal of energy and financial resources.” Axel Springer recently purchased US media outlet Politico for $1 billion. In 2015, the company bought Business Insider.

According to Buschow, it’s therefore logical that the situation at Bild is receiving special attention abroad due to the fact that Axel Springer aims to be an international player. After all, it was the New York Times which broke the story in English and detailed acts of misconduct by Reichelt that finally led to his ousting.

“The fact that you need foreign coverage to talk about some topics doesn’t surprise me,” said media expert Buschow. “I have also observed this in other cases in which German media were extraordinarily quiet, although there would actually have been a lot to report. That’s usually the case when the media are partisan, in other words, when there are political demands by the publisher.”

“With issues like this, in which the press landscape as a whole is affected or large powerful media groups are affected, you often need an outside view,” he noted. 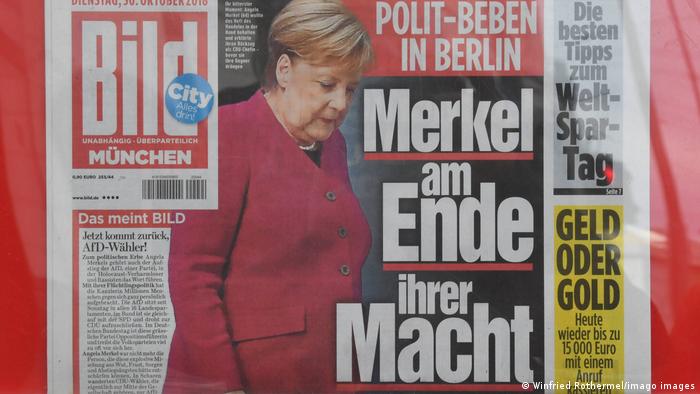 Buschow points out that Axel Springer’s chief executive, Mathias Döpfner, is also president of the Federation of German Newspaper Publishers (BDZV) — perhaps another reason competitors might not want to get mixed up in reporting negatively on the media giant.

Yet the New York Times was not the only outlet to look into allegations. Journalists at Springer’s rival publishing company, Ippen, had been investigating sexual harassment allegations against Reichelt, but did not publish their findings. The NYT reported they had been pressured by Axel Springer executives not to publish the bombshell report, prompting concerns about press freedom in Germany. Yet the media group denied that pressure from their rival had anything to do with it and instead said the story was cut to “avoid the impression we might want to economically harm a competitor.”

Sexual harassment in the US media landscape

Earlier this year, Der Spiegel also reported on allegations which did not result in Reichelt leaving his post. Instead, Reichelt filed charges against Der Spiegel. The paper wrote an expose on what it described “the Reichelt system”— what it called his “pattern” of seducing, promoting and then firing young women at Bild. 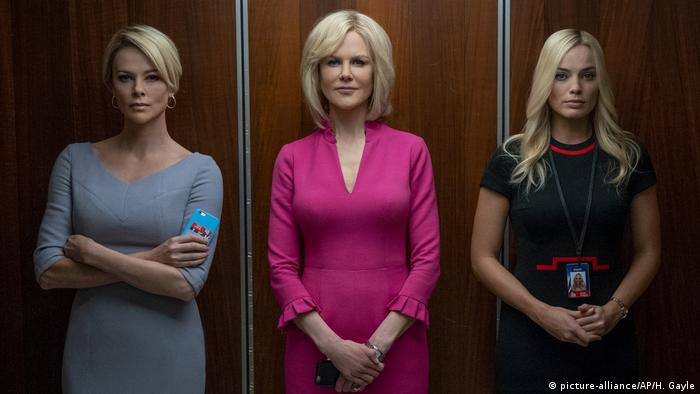 The scandal perhaps marks a turning point in Germany’s #MeToo movement, which has already been well underway in the media scene in the US. One of the landmark events in the States was the sexual harassment scandal at Fox News involving the network’s head, Roger Ailes. In 2016, Fox News journalist Gretchen Carlson filed a lawsuit which brought about an internal investigation at the network and led to a number of sexual harassment claims against Ailes, considered to be a kingmaker by the Republican party.

The story inspired the 2019 film Bombshell starring Nicole Kidman, who plays Carlson, and Margot Robbie, who plays a fictional character harassed by Ailes as she aims to become a TV news anchor.

In 1996 Ailes was hired by Rupert Murdoch, who was at the time CEO of media giant NewsCorp. He launched Fox News, hiring outspoken right-wing commentators like Bill O’Reilly and Sean Hannity. The network became known for its inflammatory statements and questionable stances, such as casting doubt on where Barack Obama was born.

His reputation damaged, Ailes resigned in 2016 from 21st Century Fox. Political commentator Bill O’Reilly was also fired for sexual misconduct. Fox News and the once-top commentator paid out millions of dollars in settlements to accusers.