The Equal Justice Initiative is thrilled to announce the opening of the new Legacy Museum: From Enslavement to Mass Incarceration in Montgomery, Alabama. Admission is free opening weekend from October 1 through October 3 with special gifts for visitors.

The new Legacy Museum provides a comprehensive history of the United States with a focus on the legacy of slavery. From the Transatlantic Slave Trade and its impact on the North and coastal communities across America through the Domestic Slave Trade and Reconstruction, the museum provides detailed interactive content and compelling narratives. Lynchings, codified racial segregation, and the emergence of over-incarceration in the 20th century are examined in depth and brought to life through film, images, and first-person narratives.

Situated on a site where enslaved Black people were warehoused and forced to labor in bondage, the Legacy Museum offers an immersive experience with cutting-edge technology, world-class art, and critically important scholarship about American history.

Along with the critically acclaimed National Memorial for Peace and Justice, which opened in April 2018, the new museum presents a unique opportunity for visitors to reckon with challenging aspects of our past. A Transatlantic Slave Trade wing includes more than 200 new sculptures and original animated short films narrated by award-winning artists Lupita Nyong’o, Don Cheadle, and Wendell Pierce.

A new wing of the museum explores the economics of enslavement, the violence of slavery, sexual violence against enslaved Black women, the commodification of people, and the desperate efforts enslaved people made to stay connected to loved ones.

An expansive exhibit on Reconstruction documents the important 12-year period in American history with a detailed timeline, short films, and first-person narrative accounts.

EJI’s new museum dramatically expands its content on lynching into a new wing that examines the role of media during the era of racial terror violence. The last words of lynching victims dramatize the suffering racial terrorism imposed on entire communities. Facts about the lynching of children help visitors understand the scale of terror and violence many families endured.

Visitors will hear first-person accounts from descendants of lynching victims and witnesses to lynching violence and learn about the heroic effort to challenge lynching violence that was led by Ida B. Wells and student activists who protested against lynching for years.

A stunning new exhibit containing 800 jars of soil collected around the country as part of EJI’s Community Remembrance Project is a unique and powerful display of the growing community response to reckoning with this painful past. 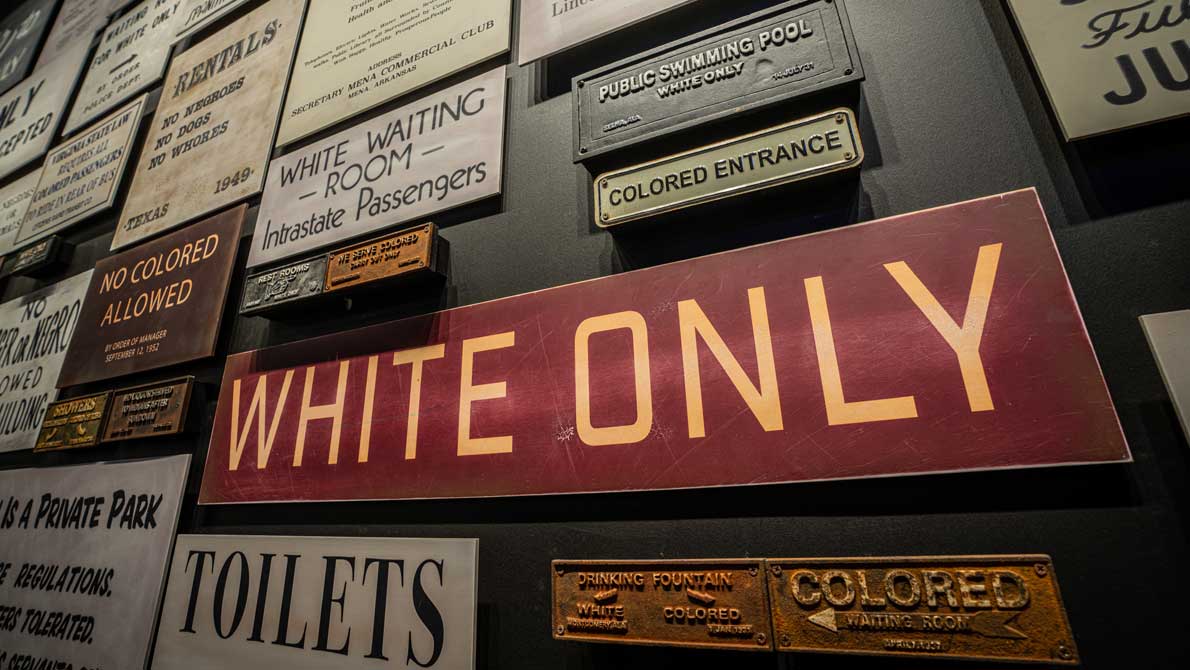 The Jim Crow era and the courageous movement to confront racial segregation is presented with an extensive exploration of the Montgomery Bus Boycott and the work of legendary civil rights activists. The iconography of Jim Crow is dramatically presented in a collection of actual signs and notices collected from around the country. EJI also compiled laws and statutes that codified racial apartheid in America for visitors to read and experience.

Barriers to voting for Black people are featured in the museum as a central component of how equal rights were undermined throughout this era. Visitors can take a poll test and experience how these arbitrary and humiliating tests were used by local officials to disenfranchise Black people.

A new wing on mass incarceration features more voices of people who have been wrongly condemned, unfairly sentenced, and unjustly treated in the American legal system. Visitors will learn about the plight of children prosecuted as adults, people with mental illness, people experiencing poverty, and those suffering brutal conditions in some of our nation’s prisons and jails.

A new Reflection Space honors hundreds of people who worked throughout their lives to challenge racial injustice. In a grand space that features music and powerful images, the history of struggle inspires all to reflect on what we can do to make a difference. 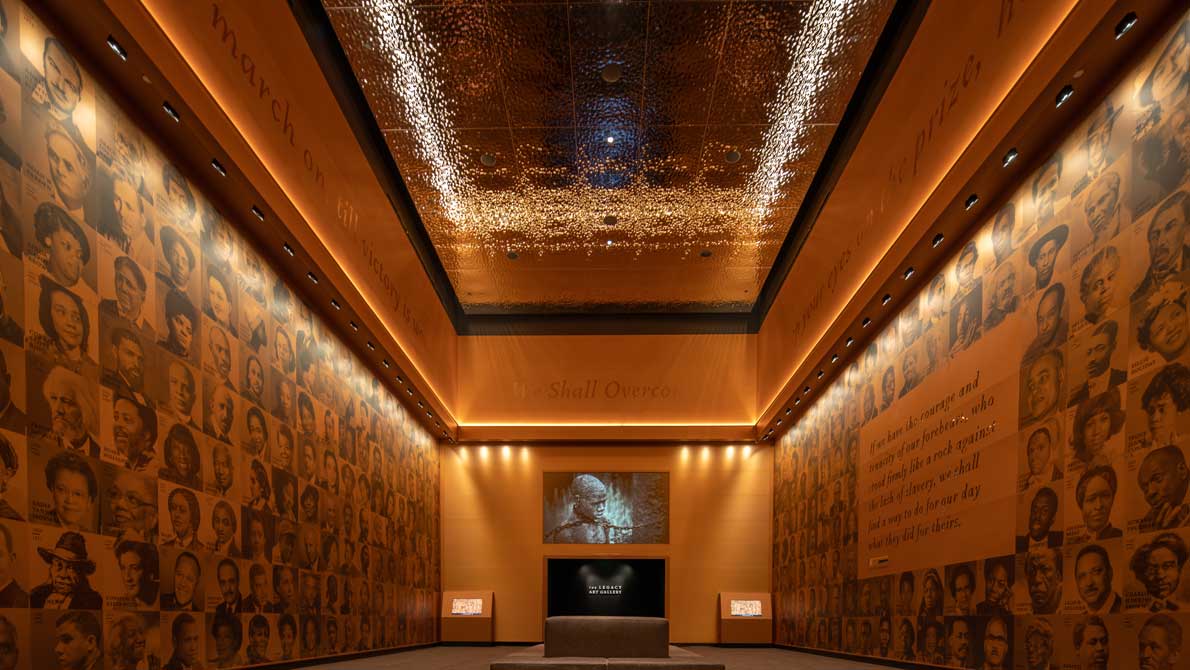 The gallery includes pieces created specifically for the Legacy Museum, and its entire collection is curated in dialogue with the museum’s historical narrative. Collaborations with Wynton Marsalis, Jon Booz, Lil Buck, The Aeolians, Chrystal Rucker, and Brandie Sutton explore the role of music and dance in understanding our nation’s history and the role of the arts.

Outside the museum, visitors can engage with a powerful memorial to victims of racial terror violence during Reconstruction. Our award-winning restaurant, Pannie-George’s Kitchen, serves some of the best Southern comfort food you’ll find, and our curated bookstore offers visitors highly regarded resources for digging even deeper into this history.

EJI is committed to making its spaces fully accessible to everyone. After October 3, we are financing admission to both the National Memorial and the Legacy Museum by providing entrance with a single ticket costing just $5.