For more than 30 years, the Gateway Center at the foot of the Rhode Island State House has been a fledgling office building, marked by bankruptcy and numerous sales.

Today, the building is up for sale again. It has been underutilized as an office building with just 43% occupancy. 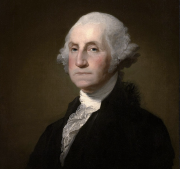 The location, adjacent to the Amtrak Station in Providence, is perfect for visitors.

Rhode Island, the first colony to declare independence on May 4, 1776, has an amazing history – religious freedom, the burning of the Gaspee, and the Industrial Revolution.

This is the perfect location for a Rhode Island museum. Rhode Island has so much history and future and no museum.

Yes, there was a failed attempt in the past — it was a silly proposal of a hodge-podge of micro special interests.

The Gateway Center is a short walking distance to Waterplace Park, Providence Place Mall, and the Convention Center.

A museum there could house the amazing artifacts, music, videos of Rhode Island — an interactive dynamo.

RI’s role in the slave trade

It could tell the story of the state’s greatest successes and its darkest legacies.

It would be the opportunity to tell the story of Rhode Island, which is, de facto, America’s history. 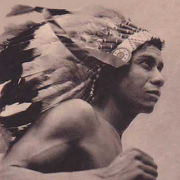 Heck, Rhode Island knew the 1% before just about anyone else.

The museum could bring to life stories of Tarzan Brown, Gilbert Stuart, Edward Bannister, or H.P. Lovecraft — stories of lauded and unsung heroes — and the nefarious.

An exhibit could feature the cool toys developed at Hasbro. And another (maybe a whole wing) could tell the stores of the most state’s most notorious residents. Who wouldn’t want to see the holograms of Buddy Cianci, Raymond Patriarca, and pirate Thomas Tew? It would be a fan favorite.

While the Rhode Island School of Design has a wonderful art museum, only a tiny fraction of its collection features Rhode Islanders.

We want to see the art of Rhode Islanders, TV and movie clips of Viola Davis, the Farrelly brothers or a Cheers episode featuring Nicholas Colasanto.

Who wouldn’t want to hear the music from the Newport Jazz, Bob Dylan being booed when he broke out an electric guitar for the first time at the Folk Festival, or hear the soulful sounds of Jeffrey Osborne?

Rhode Island is brim with pivotal moments — inventions and history-makers that changed the country and the world.

We now have more than a billion dollars to spend to improve Rhode Island — a small portion for rebuilding our self-confidence would be well worth it.