When you wake up in Los Angeles today, Issur Danielovitch Demsky, the son of a ragman from Amsterdam, New York, will be 101 years old. Few people call Demsky by his real name: some use his diminishing familiar, Izzi; the rest refer to him by the artistic pseudonym that made him famous: Kirk Douglas. The actor is not the only survivor of classic Hollywood, not even the oldest (among the living stars Olivia de Havilland exceeds him in age by six months), but he is the last remaining legend of those golden years, in the Douglases he was a force of interpretive nature, a magnet for blockbusters and an actor who has marked the history of cinema. As a tribute, we go through 11 of his most outstanding works:

The clay idol (1949). Douglas’ first Oscar nomination, achieved within three years of making his film debut (he rose to stardom very quickly). A boxing drama with the worst of the sport, in which Kirk Douglas takes advantage of his powerful physique. The movie was a huge success. 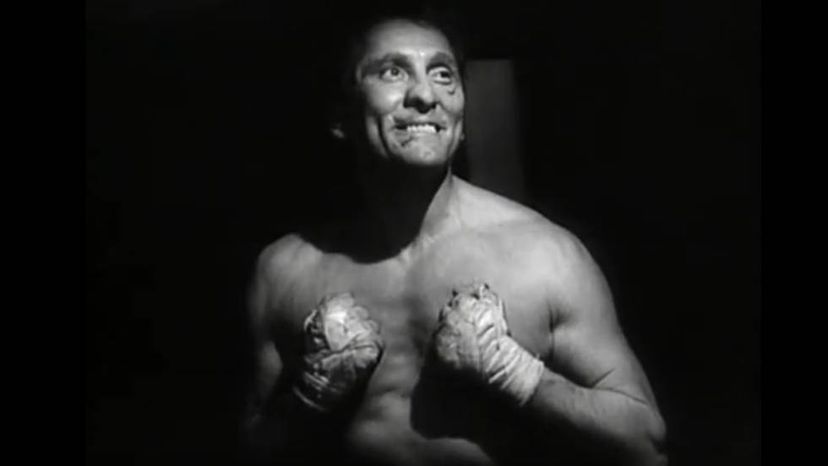 The great carnival (1951). Over time, Douglas regretted shooting only one movie with Billy Wilder, which called on him for other projects. The most abject of human beings and journalism, in a drama that got bad reviews and a worse box office result at its premiere. Today the perception of this film has changed, fortunately, radically. And yes, it is still fully up to date.

Captives of evil (1952). Vincente Minnelli and Kirk Douglas collaborated on a handful of extraordinary films. This one, about the world of cinema and how a producer manipulates the people around him, told in a powerful concatenation of flashbacks, is awesome. The sequence of the pearl necklace to explain how a film should be structured marks the history of the seventh art.

The madman with the red hair (1956). Third and last Oscar nomination for Douglas (it seems incredible, with all the great characters that he embodied later) thanks to his recreation of Vincent Van Gogh. The biopicWith meticulous care with color, it was shot in numerous locations where Van Gogh actually lived. Two legends about the Minnelli movie. After his viewing, John Wayne said indignantly to Douglas: “But how did you do this? There are only a few of us left, and we must embody tough characters, not weak fags.” And in the middle of a pass, Michael Douglas and his brother, then some kids, ran sobbing from the room when Van Gogh (his father) cut off his ear.

Duel of the Titans (1957). Also known by its original title, Duel in OK corral, reference to the mythical shooting carried out by Wyatt Earp and Doc Hollyday on October 26, 1881. That lasted 30 seconds, 34 bullets were fired and three men died. In the cinema it lasts five minutes and was shot in four days. Douglas, very finicky, measured the frequency and force of his coughs in each sequence to keep his raccord during filming. A western anthological, second joint work of Douglas and Burt Lancaster, and the beginning of their friendship.

Paths of Glory (1957). First collaboration between Douglas and Stanley Kubrick, epitome of the antiwar war film (no, it’s not a contradiction). During World War I, a general accuses his soldiers of cowardice for not following suicide orders. Banned in Spain, it was not released until 1986, Douglas considers it one of the best works in which he acted. All the nonsense of war on screen.

The Vikings (1958). A classic adventure film, shot in Norwegian settings in freezing temperatures … and with Douglas performing his own action sequences, such as the one taking the castle with the ax ladder, something that many of us have imagined repeating as children.

Spartacus (1960). A classic. The film with which Kirk Douglas took his chest saying that he had ended the Hollywood blacklist when the name of his screenwriter, Dalton Trumbo, appeared. Actually, it was going to be done by Otto Preminger for whom Trumbo had written Exodo, but Douglas found out, got up, and took the credit … Spartacus is not just a peplum, it is a film that talks about individual freedom, about conscience and moral duties. Douglas, promoter of the project, and Kubrick (hired when the actor fired Anthony Mann) were at the fray throughout the shoot, with anthological phrases for the story, such as Kubrick’s in the legendary sequence of “I am Espartacao”: “Kirk , this is huge nonsense. “

Two weeks in another city (1962). After three years interned in a psychiatric hospital, an actor returns to his profession in a small role to return to the profession. Problem: in the film, offered by a friend director who is filmed in Cinecittà, his ex-wife also works, guilty of his descent into hell. A jewel of the drama with Vincente Minnelli with a trio of aces with Kirk Douglas, Cyd Charisse and Edward G. Robinson, with alcohol, personal decline and love of the cinema in between.

‘Two weeks in another city’.

Seven days of may (1964). The US president plans to sign a nuclear arms reduction treaty and the US military is preparing for a coup. Political fiction directed by John Frankenheimer with a spectacular coldness, hilarious cast and with Douglas as a military man who, under orders or loyalty, stands for the latter.

Another city, another law (1986). This is the last of the seven films that Douglas shot with his great friend Burt Lancaster, and that is why it appears on this list. Also, because it is the last that Douglas produced with his company Bryna Productions. Both play two gangsters who are released after 30 years in prison for robbing a train, and see how society pushes them back to crime. It is not a masterpiece, but it exudes charm.