This week begins the Cine Gear Expo in Los Angeles at the L.A. Convention Center on Friday and Saturday, Sept. 24 and 25, and Below the Line will be there both days. Hopefully, we’ll see some of our readers there.

The big news in the industry right now is about the negotiations between IATSE and AMPTP, which we’ve been covering quite thoroughly and updating as any news breaks. You can read the latest here, but negotiations have been going on since June, and it doesn’t seem like the two groups are any closer to an agreement. I don’t think anyone wants a strike to take place in an industry that’s just recovering from COVID, but there are important issues at stake on the road to a Basic Agreement.

One of the topics of discussion involves streaming revenue, and there was quite a bit of streaming news this week, especially from Disney+, who announced that Jungle Cruise and Shang-Chi and the Legend of the Ten Rings  will hit the streaming service on Nov. 12 for what CEO Bob Chapek  is dubbing “Disney+ Day.” That will also be the streaming release date of the Disney+ Original movie, Home Sweet Home Alone, which as you might have guessed is a new installation in the “Home Alone” franchise.  Those three movies will be joined by a bunch of shorts, including a series starring the Frozen character called Olaf Presents.

Also, CBSViacom announced that they would be bundling Paramount+ and Showtime into two bundles, one with ads for $10 a month and ad-free for $13 a month.  This package has been offered for a year as an add-on to Apple TV+, but it’s quite a savings over the $11 for Showtime and $5/10 for Paramount+.

Yesterday, it was announced that Sex and the City actor Willie Garson, best known for playing Carrie Bradshaw’s gay best friend Stanford on the popular HBO show, died at the age of 57 after a battle with cancer. Garson was a popular character actor in the ’80s and ’90s before scoring the Sex and the City role, which he was reprising for the HBO Max revival, And Just Like That….  Garson also had a recurring role in USA’s White Collar.  Tributes to Garson came pouring in after the news broke from his many friends and colleagues. He is survived by his son, Nathan, who left a touching tribute on his Instagram page: 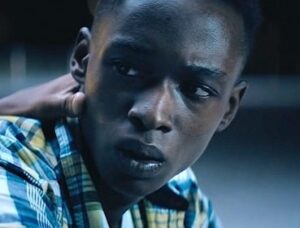 Ashton Sanders from Moonlight has been cast to play Bobby Brown in the Whitney Houston biopic,  I Wanna Dance with Somebody, the Kasi Lemmons-directed film that stars  Naomie Ackie as Houston. That comes from Deadline, as does the news that Black Label Media has come on board to co-finance along with Compelling Pictures and Primary Wave Music. Sony and TriStar Pictures have already signed up to distribute the film with the current date set for Dec. 23, 2022.

Kylie Rogers (Home Before Dark) is joining Tiffany Haddish in MGM, Annapurna, and Plan B‘s adaptation of Landscape with Invisible Hand, which is written and directed by Cory Finley (Bad Education). The heightened comedy film is based on M.T. Anderson‘s National Book Award-winning novel. Annapurna’s Megan Ellison and Sue Naegle are producing the film which is set to begin production in early 2022.

Theo Germaine from Ryan Murphy‘s The Politician has been cast as the lead in John Logan‘s (Penny Dreadful, Kidding) untitled feature directorial debut for Blumhouse Productions, according to Deadline.  Previously titled Whistler Camp, the feature is an “LGBTQIA+ empowerment horror film.” Jason Blum and Michael Aguilar are producing with Ryan Turek as the creative executive overseeing for Blumhouse.

Tom Hopper, star of The Umbrella Academy, and Kat Graham have been cast in Netflix’s Love in the Villa, which is written and will be directed by Mark Steven Johnson (Ghost Rider). Margret Huddleston and Stephanie Slack are producing via their Off Camera Entertainment banner along with Johnson. The film follows a young woman who takes a trip to romantic Verona, Italy, after a breakup, only to find that the villa she reserved was double-booked, and she’ll have to share her vacation with a cynical (and very good-looking) British man. Production will start this month in Verona with plans for the film to hit Netflix in 2022.

Deadline reports that Steve Kloves, who was the screenwriter for much of the Harry Potter movie franchise has signed on to adapt Flynn Berry‘s New York Times bestseller, Northern Spy, for Netflix, who aggressively pursued the rights when the book was published by Viking in April.  Stacey Sher will produce along with Kloves as EP. The story is set in the midst of renewed sectarian violence in Northern Ireland and follows a woman who learns that her younger sister has not only been working for the IRA but also has become an MI5 informer. To protect her family, the older sister helps pass information to MI5, but the IRA eventually tries to conscript her.

Kurt Wimmer, who wrote Salt and the recent The Bee Keeper, will write and direct his original script Solara for Oakhurst Entertainment and The Motus Studio, according to Deadline. The project is said to be a “throwback to the raw and down-and-dirty tone and ethos of such 1970s movies as the Charles Bronson, Elmore Leonard scripted Mr Majestyk and the John Flynn-directed, Paul Schrader co-scripted Rolling Thunder starring Tommy Lee Jones and William Devane.” Solara will be produced and financed by Jai Khanna and Marina Grasic of Oakhurst, Emanuele Moretti of The Motus Studios, along with Wimmer. Verve Ventures arranged the financing and will co-represent domestic rights with Motus handling international.

Also, Leslie Bibb has joined Sebastian Maniscalco and Robert De Niro in their Lionsgate comedy, About My Father 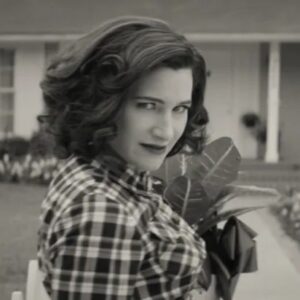 Fresh off her Emmy nomination for WandaVision, Kathryn Hahn has signed onto the Showtime limited series, The Comeback Girl, in which she’ll play the late Joan Rivers. Hahn is exec. producing with Greg Berlanti, who is also directing from a script from Cosmo Carlson, who also EPs. The project was shepherded by Atlas Entertainment President Richard Suckle, Vice President Robert Amidon and Carlson, and it will chart Rivers’ rise after the cancellation of her Fox talk show, The Late Show, which coincided with her husband Edgar Rosenberg’s death by suicide.

Betty Gilpin has joined Shailene Woodley and DeWanda Wise in Showtime’s Three Women, based on Lisa Taddeo‘s bestseller. Gilpin will play Indiana homemaker Lina, who embarks on an affair after a decade in a passionless marriage.

If you hadn’t heard, the Academy Museum is mere days away from opening to the public, and it should get a nice boost of interest from an upcoming ABC special called, A Night at the Academy Museum, which will be hosted by Tom Hanks and Laura Dern.

Adam Devine will headline a new Pitch Perfect spin-off series for Peacock, reprising his character Bumper Allen from the first two hit Universal Pictures movies. The straight-to-series order will have Allen traveling to Germany years after he was seen in the second film to continue his music career.

Eva Longoria and Ben Spector are developing a sci-fi series based on Carlos Hernandez‘s book, Sal & Gabi Break The Universe, as part of the deal between their UnbeliEVAble Entertainment and Disney Branded TV with writer/producer Nelson Soler (Pretty Little Liars: The Perfectionists) also attached. The story revolves around Sal Vidón, a teen who discovers he has the ability to reach into time and space to retrieve things from other universes as a result of his meddling with his father’s scientific experiments. He enlists the help of his friend Gabi to set off on a quest to find and bring back his deceased mother, only to learn that tampering in alternate universes could ultimately put their entire universe at risk.

(Oddly, Disney Branded TV’s President and Chief Creative Officer Gary Marsh  has just left the company after 33 years to launch his own production company that will be backed by Disney General Entertainment in order to provided content for the company’s linear and streaming channels, Disney+, Hulu, Disney Channel, Disney Junior, ABC, National Geographic, Freeform and FX.)

Fresh off of winning another Emmy on Sunday night, Stephen Colbert has landed two animated projects at Comedy Central, called Fairview and Washingtonia, both from CBS Studios and the team behind the Emmy-nominated Paramount+ series, Stephen Colbert Presents Tooning Out the News. Of course, Colbert got his start on Comedy Central where he hosted the nightly, The Colbert Report, before moving to CBS to take over from David Letterman.

Staying in the ViacomCBS animated domain, Paramount+  has renewed the recent Rugrats revival for a second season, and the new episodes will be joined by a Halloween special.

Mere days before the movie will kick open the 59th New York Film Festival this Friday, A24 released the first trailer for Joel Coen‘s The Tragedy of Macbeth, which stars Denzel Washington, Frances McDormand, Corey Hawkins, Brendan Gleeson, and Harry Melling. A24 also announced that the movie will hit theaters on Christmas Day, Dec. 25, and then be streaming on Apple TV+ on Jan. 14.

Also, the trailer for Rebecca Hall‘s directorial debut, Passing, starring Tessa Thompson and Ruth Negga, and based on Nella Larsen‘s 1929 novel, was released by Netflix ahead of its own premiere at the New York Film Festival. Passing debuted to much praise at this year’s Sundance Film Festival, and it will hit select theaters on Oct 27 before streaming on Netflix on Nov. 10.