Scottish actor Sean Connery He passed away on October 31, 2020 at the age of 90, but his artistic legacy is still valid. A year after his death, Connery is remembered for bringing the famous James Bond to life on the big screen, although it was not the only role that managed to stand out in the cinema.

SIGHT: Javier Fuentes-León: the truth behind “The best families”, a Peruvian film that world critics compare with “Parasites”

Born in Edinburgh, Scotland, on August 25, 1930, Thomas Sean was the son of Joseph Connery, a truck driver, and Euphemia, a cleaning employee. Eight years later, his younger brother Neil Connery arrived. Due to his humble condition, he dropped out of school at age 13 to work as a milk deliveryman at St. Cothbert’s Co-operative Society. He also worked as a driver, laborer, bricklayer, and even a coffin polisher.

Although, Sean never imagined that he would end up being an actor, because before reaching the world of cinema, he tried opportunities in other areas. Learn more about its history here.

SIGHT: “Halloween 2021”: “The exorcist”, “Polstergeist” and all the horror titles that you can see this October 31 on DirecTV

His passions before acting

After working to start earning a living, Sean Connery decided to join the Royal Navy, the naval branch of the British Armed Forces. During those years that he was as an officer, he got two very special tattoos that demonstrated his personal commitments.

The first was dedicated to his native country with the phrase “Scotland forever” inside a heart with a stuck knife. The other was in honor of his parents: the tattoo was a squirrel and a bird with the inscription ‘dad and mom’. This represented the attachment to his family and the defense of his homeland.

SIGHT: “Maradona: blessed dream”: 5 things you should know about the Peruvian protagonist

However, the actor could not continue his career in the navy due to a duodenal peptic ulcer, a hereditary condition that had affected most of the men in his family. This led to the invalidation to belong to the Armed Forces.

Also, Thomas Sean’s physique was very striking. With that condition, he decided to participate in the Mister Universo that took place in London in 1953. Incredibly, he was in third place in the category of tall men.

Another of his passions was soccer and he was an excellent player. He belonged to the Bonnyrigg Rose Athletic Football Club in his early years and was offered a tryout with East Fife FC. His “stroke of luck” came during a game attended by then-Manchester United manager Matt Busby, who was impressed by his physical prowess and offered him a contract of about $ 30 a week.

Sean, 23, was tempted to accept, but finally decided not to accept the offer because he claimed that a footballer begins his decline at age 30. “It was one of my best decisions”, He highlighted in an interview. And so it ended up in acting.

SIGHT: “Donnie Darko” 20 Years Since Its Release: Why Did This Movie Captivate A Generation?

Sean Connery began his acting career when he was 27 years old with a telefilm on the BBC network and from there he signed with Century Fox. But his biggest opportunity came when he was asked to star in a spy movie. Producers Cubby Broccoli and Harry Saltzman had acquired the rights to film the novels of Ian Fleming and began the search for the interpreter of Agent 007. Actors of the time such as Richard Burton, Cary Grant and Rex Harrison were considered; But it was Broccoli’s wife, Dana, who convinced him that Sean Connery had the magnetism to bring James Bond to life.

At first, the writer Fleming disagreed, but when he saw it on the screen he changed his mind. Thus, the team ended up offering the role to Connery, he accepted and played James Bond between 1962 and 1983.

The first time he played this character was in “Agent 007 vs. Dr. No”(1962), where James goes to Jamaica to investigate the death of a British intelligence chief and meets Honey Ryder (Ursula Andress), the first Bond girl.

He continued with “From Russia with love“(1963), a tape in which Sean Connery begins to feel comfortable in Agent 007’s suit and must confront SPECTER, to prevent him from taking” Lektor “, a decryption machine for secret messages. “James Bond against Goldfinger” (1964) is the third spy movie starring the Scottish actor and which featured the participation of the second bond girl Jill Masterson, played by Shirley Eaton and who managed to conquer the public.

On “Operation Thunder”(1965), Jame Bond confronts Emilio Largo and must move to the Bahamas where he will meet Dominó, the attractive lover of his enemy. The fifth installment of the saga “007: You only live twice” (1967) was announced that it would be the last interpretation of Thomas Sean where he would have to avoid a nuclear war between the two superpowers and unmask the SPECTER organization.

However, Connery returns for the last installment of the saga “Diamonds for eternity”(1971), where Bond pretends to be a diamond dealer to infiltrate a smuggling ring and stop them. It would be more than a decade, until Sean again agreed to play the MI6 agent, created by the writer Ian Fleming, in “Never Say Never Again” (1983), an unofficial film about James Bond.

SIGHT: Laura Spoya confirms on Instagram that she is pregnant for the second time

Complications in your health

During the filming of “Never say neverConnery was injured by a then-unknown Steven Seagal, who broke his wrist using aikido techniques. This had been his martial arts teacher, and at the time he was his bodyguard for the film.

In 1993, years after his last portrayal of Agent 007, Sean Connery underwent radiation treatment for a sore throat. The media speculated that the actor suffered from throat cancer due to smoking. However, the Scotsman appeared on “The Late Show with David Letterman” to deny this information. Two years later, he confirmed in an interview with the Entertainment Weekly medium that the radiation treatment had been to remove nodules from his vocal cords.

In 2003, Connery had cataract surgery in both eyes and in 2006 underwent surgery to remove a benign kidney tumor. Three years later, he would reveal to Wine Spectator magazine that he had been diagnosed with a heart condition.

SIGHT: The fascinating story of the time when heroin was used as a cough remedy (and how it was later banned)

The successful portrayal of beloved spy 007 earned Sean Connery his place on the movie stage. Thus, he has to his credit more than sixty titles within his career.

In 1987 he played another of his most recognized roles as Jim Malone in “The Untouchables”. This performance earned him the Oscar Award for best supporting actor in 1988, which was added a Golden Globe in the same category.

Another of the recognized films of the Scottish artist is “The name of the rose”, Where he plays Guillermo de Baskerville and won the BAFTA Award for best actor. Within his cinematography there are also films such as “Indiana Jones and the Last Crusade” (1989), “The hunt for Red October” (1990), “Highlander” (1986).

After premiering “League of Extraordinary Gentlemen“In 2003, the Scottish actor left the big screen and since then has resided in the Bahamas, the same place where he died last year due to respiratory failure as a result of pneumonia and atrial fibrillation (an irregular heart rate that can increase the risk of of cerebrovascular accidents, heart failure, among other complications related to the heart). This happened while Sean Connery was resting.

According to the criteria of 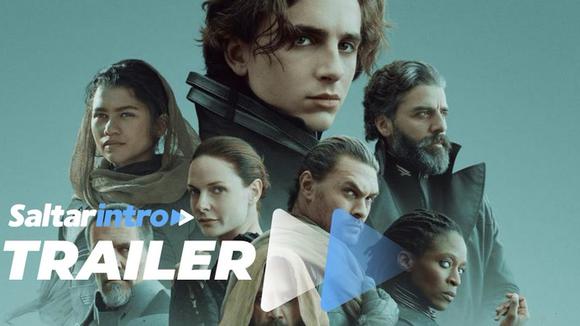 IT MAY INTEREST YOU