“Dune” the film that is talked about for its costumes, scenes and cast, among them Oscar Isaac stands out.

Other news: The four moments in which Oscar Isaac has shown that he does feel Guatemalan

“Dune” has given something to talk about for its Latin cast including Javier Bardem and Oscar Isaac, however what has attracted attention is the scene in which the Guatemalan actor appears completely naked.

The tape has been the subject of conversation after its premiere in USA and they do not stop praising the costumes, the scenes, and the fantastic cast assembled, the Latin participation, but what has driven the fans crazy in networks has been the nude of Oscar Isaac.

It is said that the new adaptation made by Denis Villeneuve It has as an addition the extraordinary attractiveness of the protagonists, including Oscar, who has revealed his sexy side.

Oscar Isaac It is the center of attention for its look in history and the opinions on the Internet are beginning to spread like foam. Many claim that his character’s beard, armor, and cavernous voice added a lot of sex appeal.

The actor laughed in an interview with ComicBook.com: “I trusted an army of ‘fluffers'”.

“Fluffer” is the person who makes sure that the male actors do not lose their erection between takes, during the filming of pornography.

Then he added: “I got completely undressed but had a shell (protector of the pelvic area), that’s why I protected myself and everyone too, “he continued, jokingly.

Apart from this and more seriously, Isaac admitted that he had wanted to do that scene for a long time after reading the original novel by Frank Herbert:

“It was actually quite exciting because I loved the idea of ​​seeing him like this (his character Duke Leto Atreides), naked, when you’ve also seen him with everything under control, all of a sudden this vulnerable, Christ-like figure on the verge of of being sacrificed, I think the scene was recorded very beautifully. “ 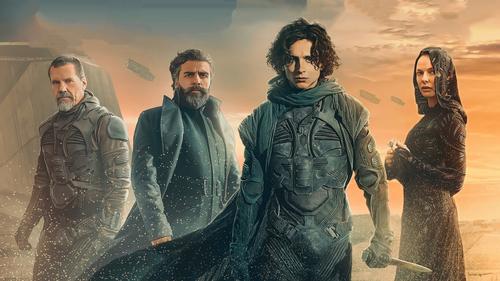 Dunes of Warner Bros. it debuted in theaters in the United States and Canada on October 22, 2021. It also premiered simultaneously on HBO Max. At the box office it grossed $ 40.1 million. It is still unknown when it will be released in Latin America.

These are the scenes: 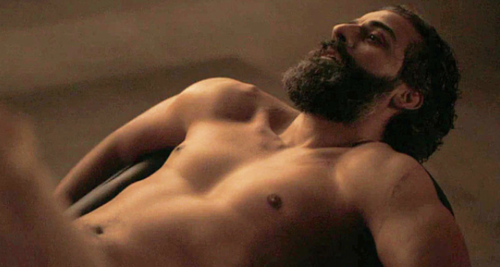 With information from Comic Book.