Neo and Trinity from Matrix Resurrections, Keanu Reeves and Carrie-Anne Moss, are the latest set of presenters announced for The Game Awards.

Keanu Reeves and Carrie-Anne Moss of Matrix Resurrections have been announced as the new hosts for The Game Awards next week. The actors’ pair appearance at the awards show suggests that they will be promoting The Matrix Resurrections, which will be released later this month, although it is not confirmed whether a new trailer or any new information in general will be shared. Additionally, the star power of Reeves and Moss’ Neo and Trinity is a huge draw for The Game Awards exposure and is mutually beneficial to all parties involved.

Interestingly, the Reeves and Moss announcement conveniently comes at the same time as a rumored leak associated with The Matrix. The supposedly titled The Matrix Awakens is described as a “Experiencia Unreal Engine 5” and a “Link with the film”. If a new Matrix video game is announced at The Game Awards, that would certainly be the setting for it. It’s currently unclear if this rumored initiative alludes to his own full game or another similar project, but fans will only have to tune in to find out if there is any truth to the rumors.

Keanu Reeves’ memorable E3 2019 appearance for Cyberpunk 2077 marketing spawned a viral meme with his infamous e “Awesome” response to a fan from the audience. With the viral scale of this incident in mind, it’s obvious that Geoff Keighley would want to bring Reeves on board. Because regardless of whether an announcement is made for the game, fans tuning in next week can anticipate another viral moment from the Cyberpunk 2077 actor and The Game Awards’ live audience will likely seize this opportunity. 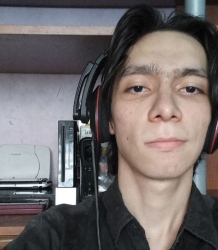