FOX has signed Jessica Lucas like the villain Tigress for the second season of ‘Gotham‘. Tigress, also known for Tabitha Galavan, will be the character played by Lucas, who will act as a hitman for his brother Theo Galavan, of whom we talked recently that it would be played by James Frain, an evil businessman with plans to control Gotham. And while Theo will be a cold calculator, she is described by TV Line as sexy and violent, a person who will find some sensual satisfaction in her crimes.

After knowing the incorporation of James Frain to the next season of ‘Gotham’ and the synopsis of it, it seems that things are shaping up for the second season. What do you think about this new villain? Do you like the choice of Jessica Lucas for the role? 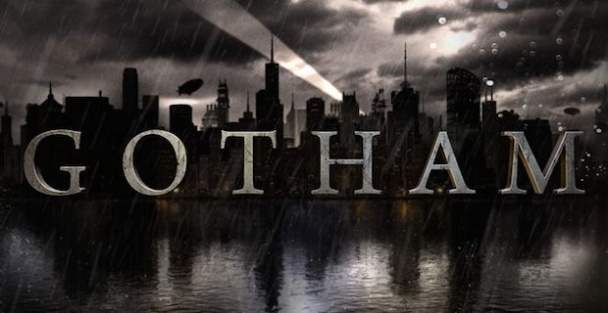 From the executive producer and screenwriter Bruno Heller, responsible for Rome and The Mentalist, comes Gotham, a series that follows the rise of a policeman through a corrupt city taken over by evil, while we are told about the birth of one of the superheroes most famous of all time.

Growing up in the Gotham suburbs, James Gordon (Ben McKenzie) has idealized the city as a glamorous and exciting metropolis, of which his late father was once a successful district attorney. In two weeks a James Gordon engaged to his girlfriend Barbara Kean, will begin his new job as a detective, while dreaming of restoring the memory of the city that he has since childhood.

Brave, honest, and willing to prove himself, he teams up with the crafty Harvey Bullock (Donal Logue), a legend among cops. Both will deal with the most important case that the city has experienced; the murder of billionaires Thomas and Martha Wayne. At the crime scene, Gordon finds the sole survivor of the murders, Bruce (David Mazouz) the Wayne couple’s 12-year-old son. Quickly, the young detective feels an inexplicable affinity for the boy and moved by his loss, promises to catch the murderer.

While fighting a judicial system that is in the hands of politicians, Gordon will face organized crime boss Fish Mooney (Jada Pinkett Smith), as well as many other characters who will end up becoming some of the most famous fictional villains. Among them, the young teenager Selina Kyle (Camren Bicondova), the future Catwoman or the very Oswald Cobblepot (Robin Lord Taylor), The Penguin.

While the crime drama follows Gordon’s turbulent ascent through the Gotham City Police Department, it will also focus on his unlikely friendship between young heir Bruce Wayne, raised by butler Alfred (Sean Pertwee). A lifelong friendship that will play a crucial role as the boy finally becomes the Crusader in the Cloak he is meant to be.

Gotham is based on the characters published by DC Comics. Produced by Warner Bros Television, Bruno Heller will be the writer of the pilot episode of the series, directed by Danny Cannon. With a first season consisting of 13 episodes, the second season will begin airing on September 21 at 8:00 p.m. through FOX.[/note]