There are many stars who bet on the idea of ​​disinheriting their children with the intention that they grow in the culture of effort and learn the value of money. One of the most famous tycoons to confess this decision has been the mighty Bill Gates who pronounced the famous phrase: “Leaving all my money to my children would be irresponsible”. Now the well-known British actor has joined this trend Daniel Craig. The protagonist of James Bond He has made a surprising and unusual statement about his daughters, whom he has always protected and who have remained out of the media spotlight since they were born. The interpreter of Casino Royale, Quantum of Solace o Skyfall is the father of Ella, 29, from his relationship with fellow actress Fiona Loudon and another two-year-old girl, whose name has not been revealed, with his wife Rachel Weisz.


The British interpreter has seen fit to make some statements in which he reveals that he would prefer to “get rid” of all his money instead of giving it to his daughters because he finds the idea of the “quite unpleasant” inheritance. The English actor, whose fortune is valued at 136 million dollars, confessed in the magazine Candis: “Isn’t there an old adage that says if you die rich you’ve failed?” “I think Andrew Carnegie – a Scottish-born American industrialist – gave away what today would be around $ 11 billion, which shows how rich he was because I bet he got some of it too. But I don’t want to leave large sums to the next generation. I think inheritance is pretty unpleasant. My philosophy is: get rid of it or give it away before I go. “

Daniel Craig, 53, and Rachel Weisz, 51, have been married since 2011. A her secret wedding in New York Only four guests attended, including the actress’s son Henry, born out of her relationship with filmmaker Darren Aronofsky, who is now 15 years old. The couple rarely talk about their children, and Daniel stated, “I got married in secret because my private life is very important to me.” Weisz also spoke about his relationship with Daniel and admitted that he never thought he would walk down the aisle in ES Magazine: “I never thought that I would marry. It was not an ambition of mine. It was the opposite. I could not relate to romantic comedies; marriage seems to be the main objective of them. Then it just happened, happily, in a more mature moment.”

–Rachel Weisz boasts of pregnancy at 48 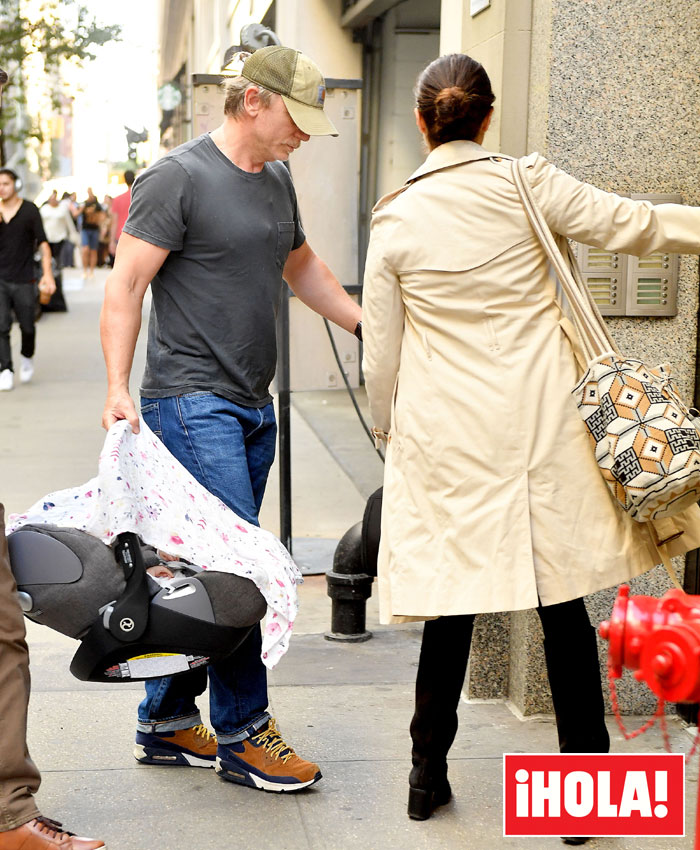 
Rachel publicly announced her second pregnancy in April 2018 and gave an interview to New York Times, expressing their joy. “I’ll show you soon. Daniel and I are so happy. We’re going to have a little human being. We can’t wait to meet him. He’s a mystery.” The birth of their first child together put the finishing touch to a relationship that began in late 2010. The two actors were friends for years, but it was not until the filming of the film Dream house when they fell in love. The Craig Weisz home is immensely happy with Henry, Ella, and the little girl whose name we still do not know and who will turn three this month.

As time passes, more and more people consider that this method works, and although a priori it may be a heartless or cruel fact, in the long run it works. One of the examples is Paris Hilton. His grandfather Conrad Hilton, president of the Hilton Hotels Corporation, tired of his granddaughter’s scandals, decided that everything Paris got was on his own merits. The approximately 40 million euros that corresponded to him in inheritance went on to swell the coffers of a foundation, and although at first the capabilities of the tycoon’s granddaughter were doubted, it is true that Paris has managed to create its own empire based on his personal brand. The filmmaker George Lucas, the founder of EBay, Pierre Omidyar, the creator of facebook Mark Zuckerberg, the communication mogul Ted Turner, the artist Elton John or the couple of actors Ashton Kutcher y Mila Kunis are other of the personalities that Nor will they leave their estate as an inheritance for the good of their children.