Finally the movie of Black widow with Scarlett Johansson, the second season of El Cid and the fashion reality show on Amazon Prime Video, and we can enjoy a new documentary by Audrey Hepburn with unpublished images of the actress.

After knowing all Netflix releases for the month of July, it is the turn of all premiere series, films and documentaries on Movistar +, Disney +, Amazon and Apple TV +.

All series premiered in July 2021

Amazon’s Spanish series with Jaime Lorente in the role of the famous historical character El Cid reaches its second season after the success of its first season, which According to Espinof experts it has spectacular battle scenes. This second season continues after the death of King Fernando and the appointment of Ruy as a knight.

When? The 15th of July on Amazon Prime Video.

New city. New designers. In the second season the presenters Heidi Klum and Tim Gunn, accompanied by the judges Winnie Harlow and Moschino Creative Director Jeremy ScottThey will look for the one who will be the best international fashion designer. An essential date for fashion lovers.

When? July 16 on Amazon Prime Video.

In the 50’s a black family moves from North Carolina to a white Los Angeles neighborhood during the period known as The Great Migration. This family’s ideal home becomes ground zero where malevolent forces, both real and supernatural, threaten to mock, annihilate and destroy them.

When? July 23 on Amazon Prime Video.

Since its premiere in August 2020, Apple’s comedy has become a must-have for pundits. Now comes the second season that follows a University of Kansas football coach who is hired by an English football club. Hilarious even if you don’t like football.

The premiere documentaries on Amazon, Movistar +, Disney + and Apple TV +

Diana: the interview that shocked the world

The BBC broadcast the interview in which Princess Diana broke all protocols by talking openly about her marriage to Prince Charles and his relationship with the royal family in the famous interview of November 20, 1985. An interview that shocked the world and left statements such as “there were three of us in my marriage, a crowd.”

This documentary with unpublished material from the private archives of the lady of mystery, explore the ten most iconic works by the British author, since Murder on the Orient Express a Ten little blacks. 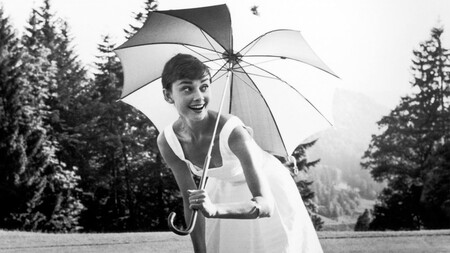 Audrey Hepburn, an actress who today still remains one of the most important cultural icons of the 20th century, is discovered in this biographical tape in which the actress herself narrates her life and deeper reflections. Unpublished images, personal photographs and interviews of those who knew her best, like his son Sean Ferrer and his granddaughter Emma Ferrer.

Amy (The girl behind the name) 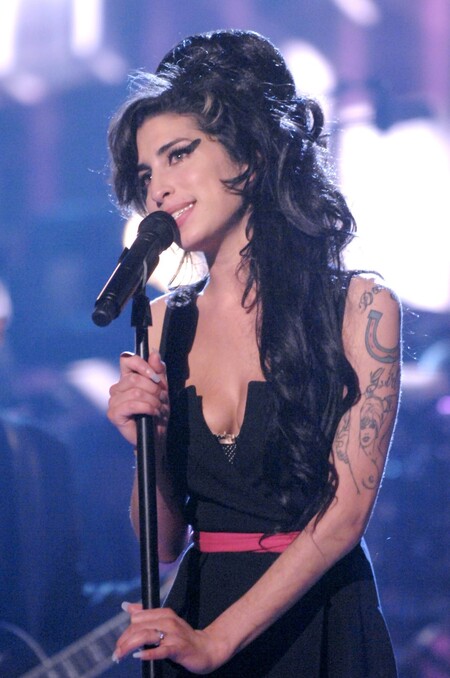 This Oscar- and BAFTA-winning documentary (2016) chronicles the tragic life of Amy Winehouse, the last great pop diva. The documentary is built through intimate images and unreleased songs by the artist, on the 10th anniversary of the singer’s death.

The unpublished films that will premiere on Movistar +, Amazon, Apple TV + and Disney + in July 2021

Is black comedy starring Allison Janney, Mila Kunis, Regina Hall, Juliette Lewis, Ellen Barkin and Awkwafina, comes to Amazon in the style of Why do women kill, when a woman surprises her husband in bed with another woman and he dies of a heart attack, after which she decides to bury him and make it appear that he has disappeared.

When? 1st of July on Amazon Prime Video.

Subscribe to Amazon Prime and enjoy free shipping and all Prime Video content for only 36 euros per year.

Chris Pratt stars in this original sci-fi Amazon movie which is set in the year 2051 when a group of time travelers warn humanity that in the future the world war against a deadly alien species is being lost. The only hope for survival is that the soldiers and citizens of the present are transported to the future and join the fight.

When? On July 2 on Amazon Prime Video.

After a delay of almost two years, the long-awaited movie of Black widow with Scarlett Johansson, Florence Pugh, Rachel Weisz, David Harbor, and William Hurt. A great bet that will also be released in theaters and on the Disney + platform at an additional cost.

When? July 9 on Disney + with additional cost.

How to make a girl

Beanie Feldstein stars in this comedy young adult about a teenage girl with big dreams and altered hormones who, in 1993, decides to leave her home in the suburbs of Wolverhampton and go to London to reinvent herself. Paddy Considine and Emma Thompson complete the cast of this cheerful and daring film.

Starring Dwayne Johnson and Emily Blunt, this adventure film is based on a popular Disney theme park attraction. A movie for the whole family in the style of Pirates of the Caribbean that wants to become a saga as powerful as this one.

When? July 30th on Disney + with additional cost.

Note: some of the links posted here are from affiliates. Despite this, none of the articles mentioned have been proposed by either the brands or the stores, their introduction being a unique decision of the team of editors.